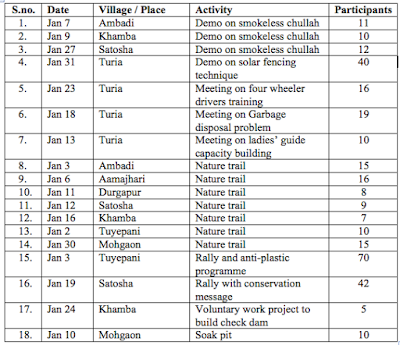 On January 10, Kamlesh led 10 students and villagers from Mohgaon in a programme to dig a soak pit which will take the spill-over water from the hand pump on the school campus. They explained the purpose of the soak pit to the participants.

On January 24, Niranjan led a team of 5 villagers of Khamba in a programme to build a stop dam over a stream flowing along the village boundary about 300 meters from the National Park. The resultant water body is of great use to domestic and wild animals. Deer, wild boars and jackals are regularly spotted in this area. Photo below. 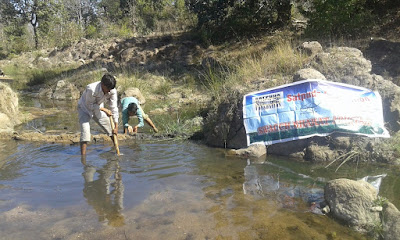 On January 3, Kamlesh Pawar led 70 students of Tuyepani in an anti-plastic and conservation rally programme, where they collected wrappers, bags and other items made out of plastic which were strewn around the village. This plastic litter is harmful to the fertile land and domestic and wild animals. The rally focussed on the message of bio-diversity conservation. Participants went across all the main roads in the village, chanting slogans like ‘’Apna farz nibhayenge, Tiger ko bachayenge’’ etc. A similar programme was organized by Niranjan in Satosha village on January 19 with the help of 42 students. Photos below. 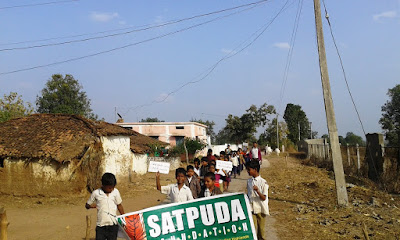 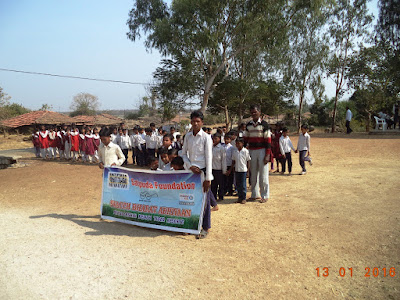 In January, we organized a total of 7 nature trails for the children of Ambadi, Aamajhari, Durgapur, Satosha, Khamba, Tuyepani and Mohgaon villages. On the trails, our staff spoke to the children about the various plants and common medicinal uses of those plants. They were also taught how to spot and identify birds. The importance of birds in nature was also explained to the children. Photo below. 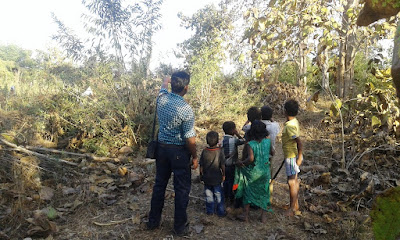 On January 7 Niranjan organized a demonstration at Ambadi of “smokeless chullah” – stoves which use less firewood and emit less smoke. Similar programmes were organized on January 9 at Khamba and on January 27 at Satosha village. Photo below. 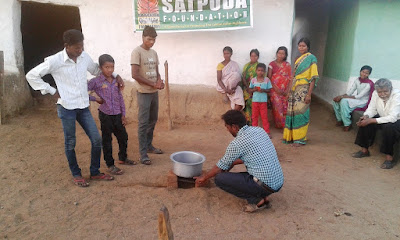 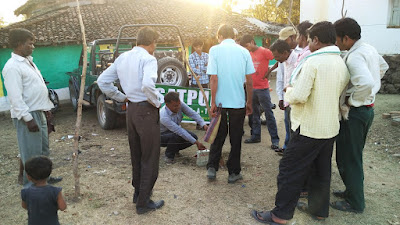 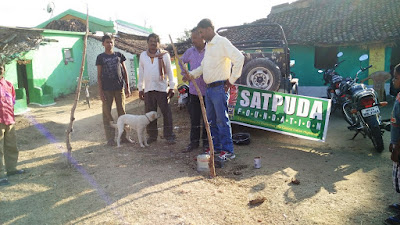 On January 13, Sainik Divas was organized in Tuyepani village to honour the families of soldiers.

On January 11, Surya Namaskar programme was organized in Government Middle school, Tuyepani to create awareness among students about the benefits of Yoga.

Kamlesh used these events to spread conservation message to villagers and students.

On August 27, Anoop had participated in a meeting on Garbage Management in buffer area of Pench. The meeting was attended by the Chief Executive Officer of Janpad Panchayat, Kurai, Mr. Khushram and Sarpanches of Turia and Kohoka, around 21 managers of local resorts and members of the Gram Panchayat. The meeting decided that each resort would contribute 80 rupees per room per month towards garbage management. This amount would be given to the Gram Panchayat, Turia.
The resorts agreed to segregate their waste into 3 categories – bio-degradable, non-degradable and waste comprising glass and metal.

Turia Gram Panchayat would send a vehicle twice a week to collect the garbage. The degradable waste will be converted into compost while the other two varieties will be kept in tanks and sent to urban centres for recycling in bulk.

There is no formal garbage management at present and waste is strewn out on to roads and in empty plots. This has led to a proliferation of stray dogs while wild life is also attracted to the food waste, leading to potential human-wildlife conflict.

As all the issues mentioned above did not go properly according to the scheme, Mr Anoop Awasthi wrote a letter along with photographs of demolished compost tanks to Dist. Collector and field director of Pench, Madhya Pradesh.

On January 18, the Gram Panchayat organized a meeting with PJLF (Pench Jungle Lodges Federation) and SF to solve this problem and decided to stop garbage collection until a proper plan is made for garbage disposal.

We conducted 19 environment education programmes in schools, which were attended by 531 students. 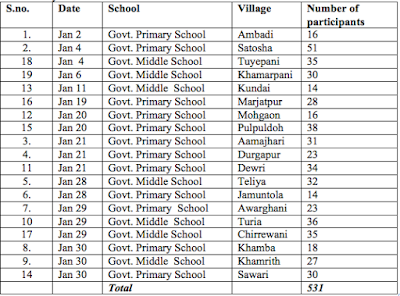 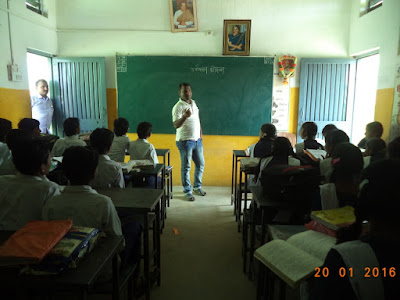 Employment Cell
We assisted 2 unemployed youths in getting jobs locally.

Details of the youths are given below:

Satpuda Foundation is planning to conduct a programme to train youths in driving four-wheelers. On January 23, Anoop, Ajay and Niranjan organized a meeting to convey information about this programme to interested youths and to draw a short list of the eligible candidates for training. 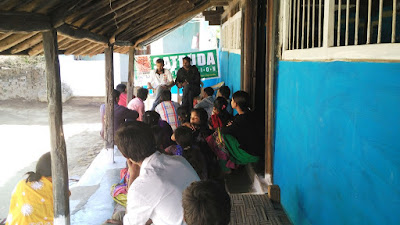 We held 6 medical camps in January, in which 183 patients were treated. 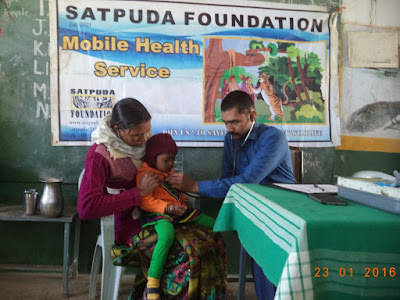 Posted by Rajashree Khalap at 10:23 AM No comments: