On August 10, Bandu organized a programme at Adegaon to plant saplings. 11 villagers, 2 teachers and 19 students from the village joined Bandu in the programme. A similar programme was organized on August 15 at Moharli in which 9 school committee members, 5 teachers and 26 students participated. A similar programme was organized at Katwal on August 31 in which 2 teacher and 21 students took part. A total of 35 saplings were planted in the three programmes.  The saplings included Karan, jambhul, sitaphal, sisam, kaju, neem and mango. We procured the saplings from the Forest Department and distributed them to the schools. Photos below: Adegaon celebrations 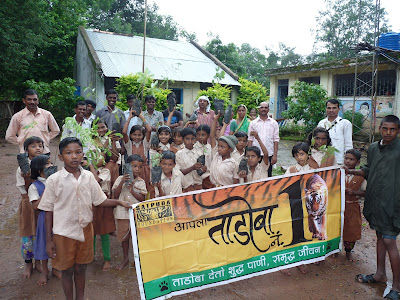 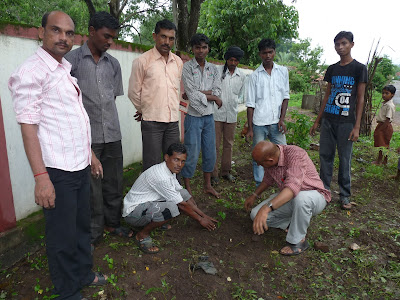 Raksha Bandhan is a festival to celebrate the relationship between brothers and sisters. In this festival, the sister ties a rakhi (ornamental thread) to the arm of the brother and he, in turn, promises to protect her. Bandu used this festival to promote awareness of conservation. He motivated students of Chorgaon and Katwal to tie rakhis to trees in the village with a promise to take care of the trees.

On August 10, Bandu organized a programme at Kondegaon to clear the area around a well. Water had spilled over while people drew from the well. This had stagnated, leading to proliferation of mosquitoes and insects. Our team cleared the area, removing scum and organic growth and dug a canal to drain away the water. 2 youths from the village joined Bandu in the programme. 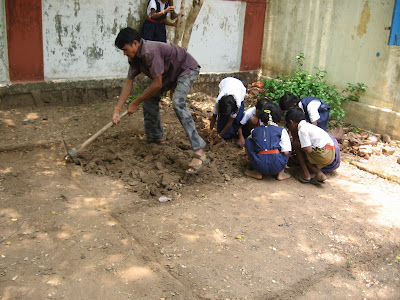 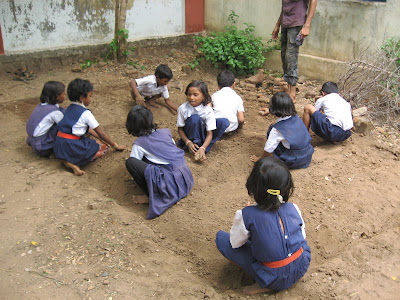 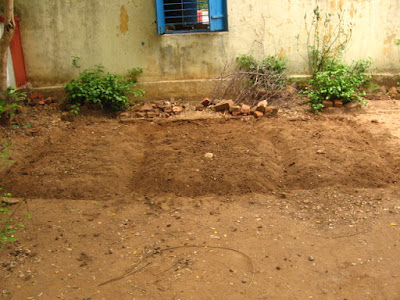 During August, Bandu made 10 classroom visits to speak to students of village schools on various aspects of nature and wildlife conservation. 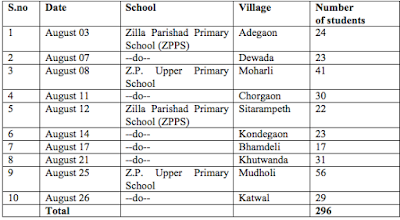 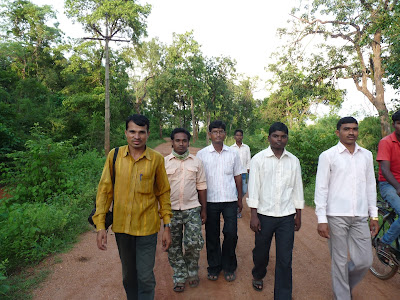 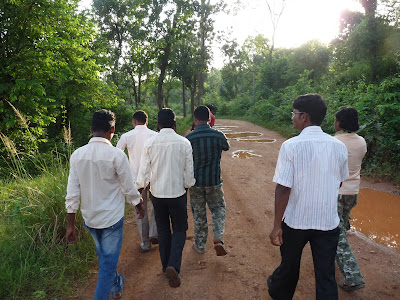 During August, we selected 30 youths from Katwal, Kutwanda, Mudholi, Sitarampeth, Bamdeli, Moharli, Junona and Adegaon for a programme to train them as drivers of four-wheelers. We have collected relevant documents and made necessary arrangement with India Driving School, Chandrapur to conduct the programme. The programme is expected to start in September. The programme is funded by Wildlife Conservation Trust. Once the youths get their licenses, they will have ample employment opportunities both in the tourism-related sector as well as the transport sector.

There were 9 film shows on nature and wildlife conservation in August.

Photos below: Film screening at Adegaon 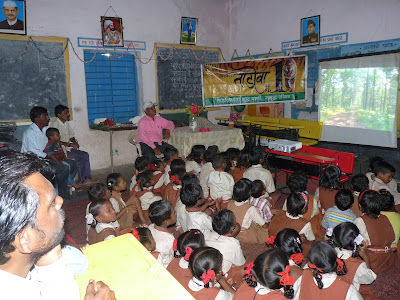 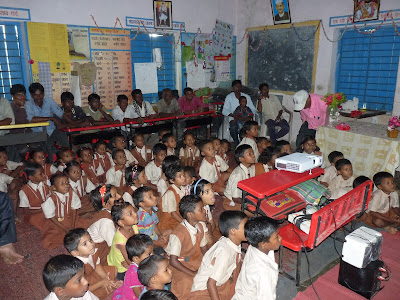 There were 5 health camps in August.

Posted by Rajashree Khalap at 7:31 PM