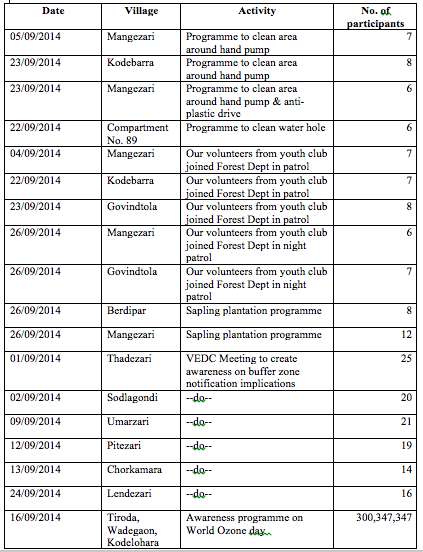 In both places, water had spilled over while people drew from the hand pumps and had stagnated, leading to proliferation of mosquitoes and insects. Our teams cleared the areas, removing scum and organic growth and dug canals to drain away the water.

Our team joined the Forest Department in day and night patrols on the road from Mangezari to Kodebarra and Mangezari to Jindatola on September 22, 23 and 26. Power cables run on poles erected by the side of the road. In the past, there have been instances of poaching on this road when poachers used hooks and wires to draw power from the cables and killed animals by electrocution. Sometimes, wires are drawn several hundred meters into the jungle from the cables. At least one gaur and one leopard have been killed over the past year, using this method. Besides our staff, volunteers from a youth club at Mangezari also joined in the patrols. The youth club was set up with our assistance and is mentored by Mukund Dhurve.

On September 22, we also organized a patrol in Compartment 99.

During the month, we also organized a programme to clean a water hole in Compartment 89. The water body was clogged with organic litter and dust. Our team removed the litter and de-silted the water body. Photo below. 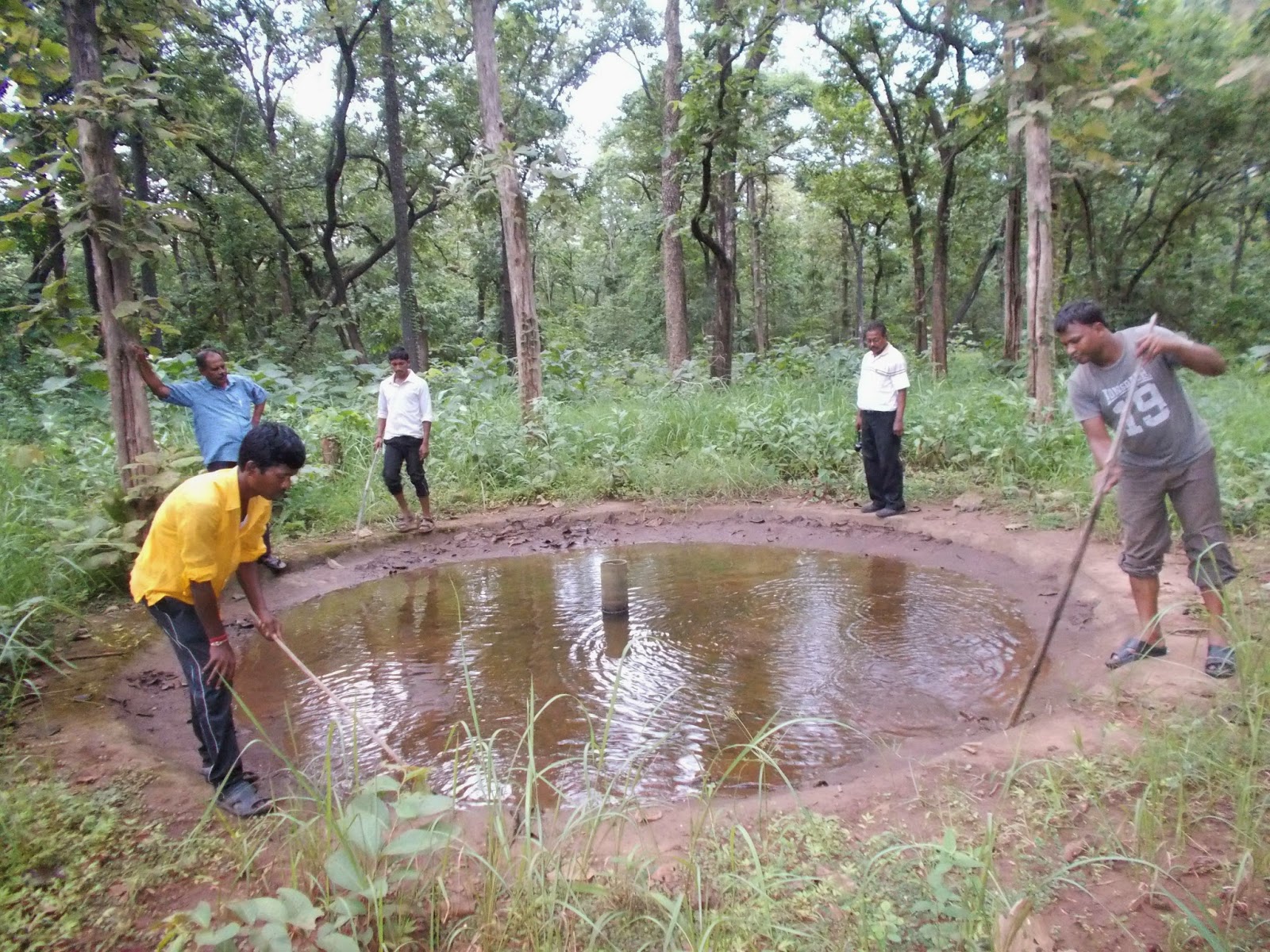 To mark the occasion, we organized awareness programmes to explain the importance of the ozone layer and how this gets damaged due to the use of CFC gas. The programmes were organized at Meritorious High School, Tiroda, Bheemrao High School Wadegaon, Harikrushna High School, Kodelohara.

We also organized 2 programmes to plant saplings at Berdipar and Mangezari. A total of 375 saplings were planted and the species planted included karanj, khari, sattaparani, semal. The saplings were provided by the Forest Department. Students and teachers from the schools in the 2 villages joined Mukund, Salimkumar and Jivraj in the programmes.

The Government of Maharashtra has issued the buffer zone notification for the Navegaon-Nagzira Tiger Reserve. Following this, doubts have sprung up in the minds of villagers as to how they will be affected by the notification. Due to the doubts, some villagers have started opposing the notification. To clear these doubts and misgiving, we organized a series of awareness programmes in various villages during September. The details are given in the table above.

There were 6 environment education programmes at schools during September.

There were a total of 6 film shows on nature and wildlife during September. 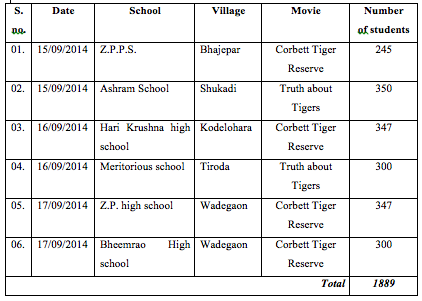 There were 12 health camps in September.

Posted by Rajashree Khalap at 9:28 AM No comments: