·      One water conservation programme to build check dam at Adegaon
·      One community meeting -- Gaon ki man ki bat at Junona
·      Two community assistance voluntary work projects – one programme to clean area around well at Sitarampeth and one programme at Mudholi to clean area around hand pump
·      Follow-up to plantation done earlier at Dewada, Kondegaon and Sitarampeth
·      One nature trail for students of Moharli
·      Classroom visits to 10 schools as part of environment education programme – attended by  331 students
·      Film shows on wildlife conservation in 10 village schools – attended  by 414 students
·      Medical camps in 6 villages – 556 patients treated
·      One visit to check on status of relocated villagers of Jamni and Navegaon 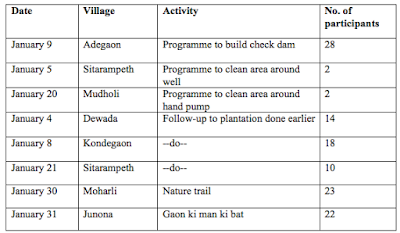 On January 9, our field assistant Bandu Kumare organized a programme to build a check dam around 1 km from Adegaon. The dam was built on a stream lying between the fields and the jungle. 22 students, 2 teachers from the village’s Zilla Parishad Primary School (ZPPS) and 3 women from the village joined Bandu in the programme. The resulting water body will benefit livestock in the day and wild animals at night. Wild boar, spotted deer and sambar are regularly sighted in the area. Photos below. 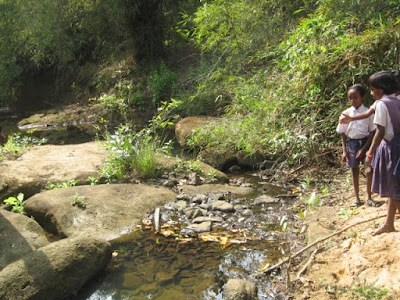 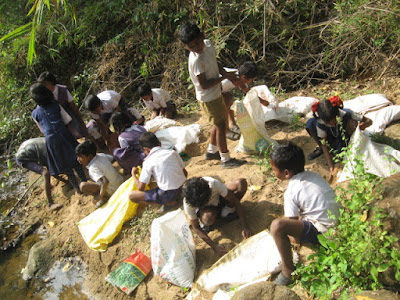 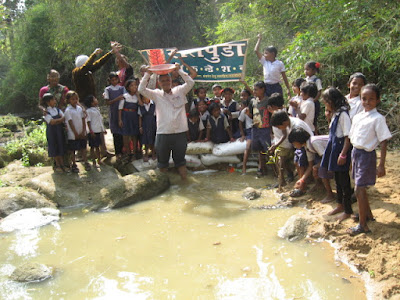 On January 5, Bandu organized a programme at Junona to clear the area around a well. Water had spilled over while people drew from the well. Over a period of time, this had created a small marshy area, leading to proliferation of mosquitoes and insects. Our team cleared the area, removing scum and organic growth and dug a canal to drain away the water. 2 youths from the village joined Bandu in the programme. A similar programme was organized on January 20 at Mudholi to clean the area around a hand pump.

On January 4, Bandu organized a programme at Dewada to follow up on plantation of saplings done last year. This is to ensure that saplings planted during the monsoon are live and have sufficient protection from grazing livestock. 14 students from the village school joined Bandu in the programme. A similar programme was organized on January 8 at Kondegaon in which 18 students participated and at Sitarampeth on January 21 in which 10 students took part.

On January 31, Bandu organized a “Gaon ki man ki baat” programme at Junona – a community meeting to discuss local issues. 22 villagers from Moharli, Junona and Dewada participated in the meeting. Issues discussed at the meeting included village cleanliness, public hygiene and conservation of nature and wildlife. Photos below. 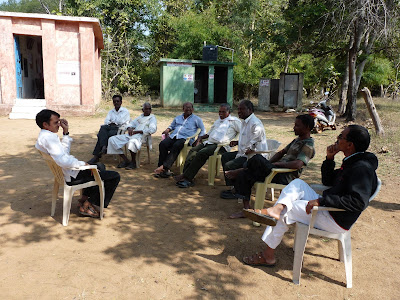 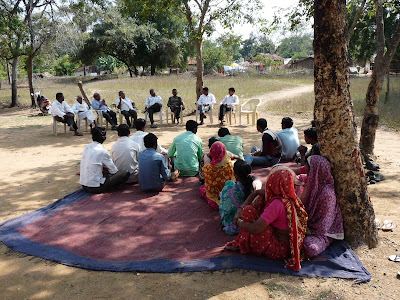 During January, Bandu made 10 classroom visits to speak to students of village schools on various aspects of nature and wildlife conservation.

On January 30, Bandu led a team of 23 students of the Zilla Parishad Primary School
from Moharli on a bird-watching trail around Moharli lake. As it is the season when migratory birds are seen in the area, Bandu and the team also patrolled the area around the lake to make sure that poachers had not set traps for the migratory birds. 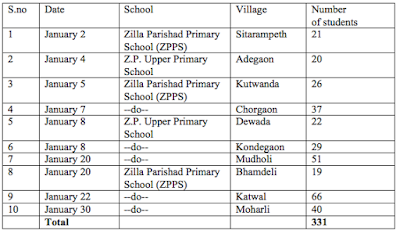 There were 10 film shows on nature and wildlife conservation in January.

6 medical camps were organized by us in January.

Photos below: Dr Shailesh Pawade at our free health camp at Kutwanda 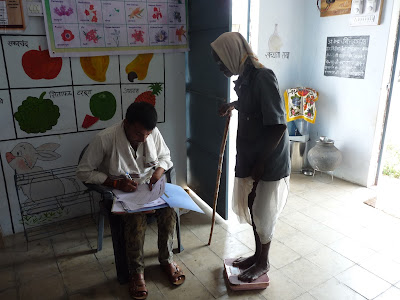 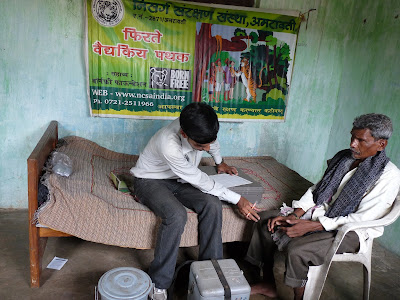 Posted by Rajashree Khalap at 5:04 AM No comments: