On July 6, Bandu organized a programme at Dewada to clear the area around a hand pump. Water had spilled over while people drew from the well. Over a period of time, this had created a small marshy area, leading to proliferation of mosquitoes and insects. Our team cleared the area, removing scum and organic growth and dug a canal to drain away the water. Wild growth, which had sprung up around the hand pump due to monsoon rains, was also removed.

11 youths from the village joined Bandu in the programme.

Another programme was organized on July 16 at Bhamdeli to clean the area around a hand pump. 5 youths from the village joined Bandu in this programme.

Photos below: Cleaning the overgrown area in Dewada 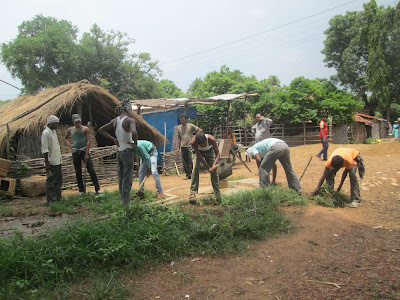 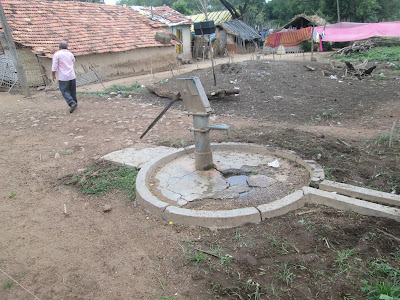 On July 9, Bandu organized a programme at Sitarampeth to plant saplings. 2 teachers and 16 students from the village joined Bandu in the programme. A similar programme was organized on July 20 at Junona in which 2 teachers and 8 students participated. A total of 15 saplings were planted in the three programmes.  The saplings included sitaphal, neem and mango. 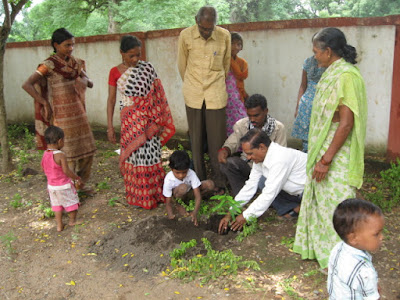 Bandu has been organizing programmes to collect seeds for planting. In the process, children are taught about the value of trees and the need to preserve the green cover and increase it. During July, seeds were collected by children in Chorgaon and Khutwanda. 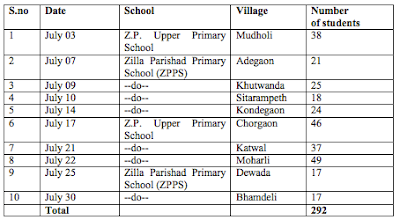 During July, Bandu made 10 classroom visits to speak to students of village schools on various aspects of nature and wildlife conservation.

During the month, Bandu organized 2 nature trails for school students of Kondegaon and Kutwanda during which he spoke to the children about nature and wildlife and the need for conservation.

On July 28-29, we organized meetings at Moharli, Adegaon, Khutwanda, Katwal and Mudholi villages in which Employment Officer Ajay Poddar spoke to villagers about various livelihood options. A total of 30 youths have expressed interest in learning to drive four wheelers. We have started the process to organize a programme which will teach them to drive four wheelers and qualify them to appear for driving tests at the Regional Transport Office, Chandrapur.

Photos below: Ajay Podar speaking to villagers about the driving training programme, at Katwal and Kutwanda. 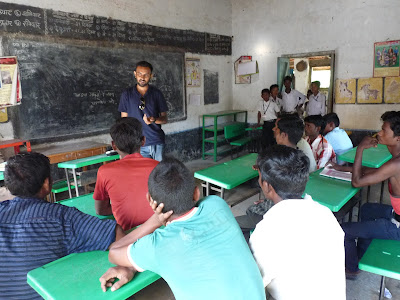 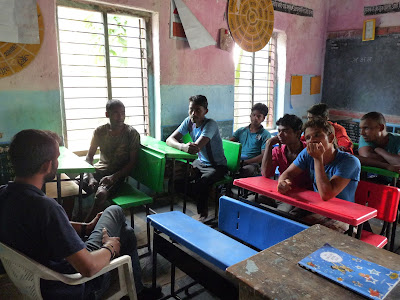 There were 10 film shows on nature and wildlife conservation in July.

Posted by Rajashree Khalap at 11:33 AM No comments: