This year our Conservation Officers initiated seed banks in some villages (see our Quarterly Report). One such seed bank is in Sawra, the village near Pench TR that I visit regularly. The hub of most progressive activity in the village is the government school, thanks to an admirable set of teachers and headmaster who team up with us to bring about positive and "green" change in the village.

Saplings were grown from the collected seeds by the school children, under the supervision of the teachers. 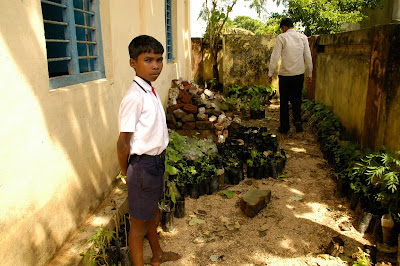 Above: Student Sailesh and SF's Anoop Awasthi show me the saplings 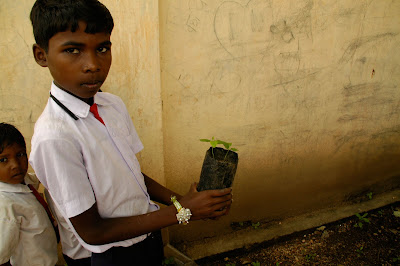 Above: Sailesh poses with a "bel" (wood-apple) sapling gifted to me by the school. Bel fruit juice is one of the most refreshing drinks one can have in summer, and it has many medicinal properties. 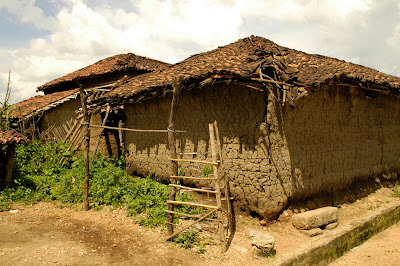 Above, below: Saplings were not randomly distributed but given only to villagers who were willing to look after them properly. A wise policy that has led to high survival rate of the plants this year. They have been fenced for their protection from grazing animals. 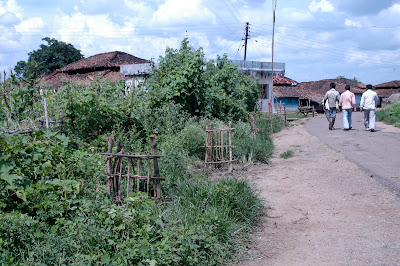 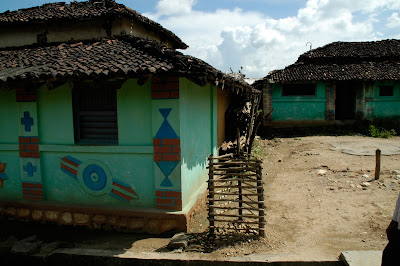 Posted by Rajashree Khalap at 6:02 AM No comments:

Kirti at the Sawra school

Mumbai volunteer Kirti Chavan was in Pench recently for the IT programme that he initiated in February. Read the earlier posts here and here.

The programme was launched in the school at Sawra on a pilot basis and Kirti makes regular visits to monitor the progress. These are some of the pictures he took at the school. 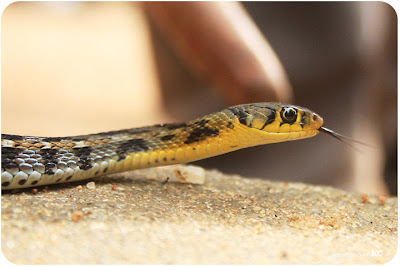 Above: A regular non-human visitor to the school, the non-venomous Buff striped Keelback 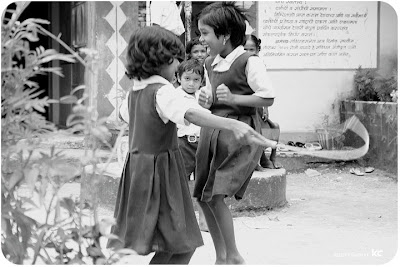 Above, below: Happy kids at school. "Here children really love school," Kirti says. "They come early, leave late, and you'll find some even on sundays arranging library books or watering the plants. They are involved in everything that the school does." 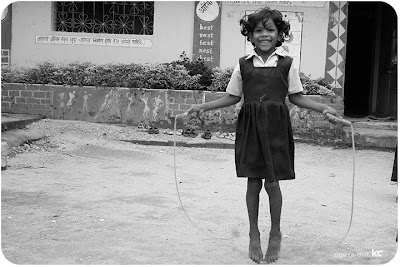 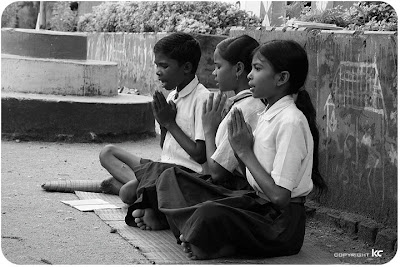 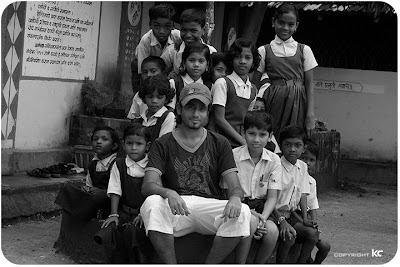 Above, below: Group photos with and without Kirti 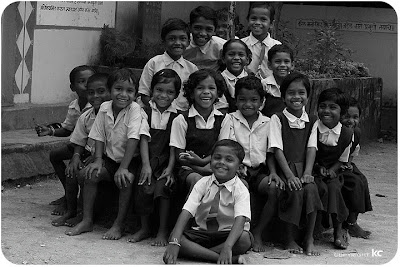 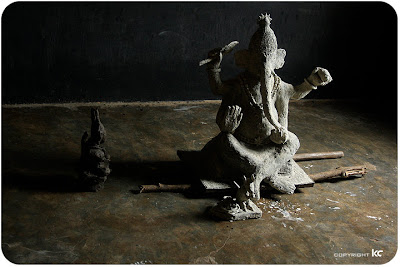 Above: Three children made this clay Ganpati idol under the supervision of schoolteacher Sachin Ambadkar. 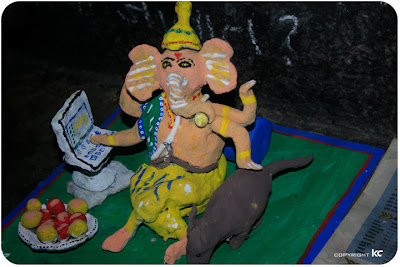 Above: With their new enthusiasm for computers, the kids have even depicted Ganpati using a laptop!

Posted by Rajashree Khalap at 2:43 AM No comments:

Email ThisBlogThis!Share to TwitterShare to FacebookShare to Pinterest
Labels: IT education programme, programmes and initiatives

The Education Officer (EO) will be working from SF's head office at Nagpur. EO will be responsible for implementing the education programmes in Nagpur (Kids for Tigers) and Pench Tiger Reserve. He/She should have knowledge of wildlife issues and should be good in English, Hindi and Marathi languages.

The candidate must have own bike/motorcycle to travel in the city. The duration of the assignment is one year and you may apply next year to continue. The honorarium of Rs.8000/month will be provided.

The PM/PO must have knowledge of Bio-diversity conservation, Carbon capture technology, CDM project and eco-restoration operations. He/she should be good in extensive field work like plantations, soil and moisture conservation works, mapping, planning, community mobilization, awareness and administration. He/she should also have knowledge of local language Hindi /Marathi as the PM/PO need to work with local communities.

The post is based at Akot in Akola district close to Melghat Tiger Reserve. SF would provide the accommodation and travel expenses to carry out the work. The honorarium of Rs.8000 to Rs.12,000/month will be provided (Depending upon qualification and experience).

The post is based at Nagpur and will have to operate in and around Tiger Reserves and PAs in Satpuda Landscape in central India. Salary Rs.10,000 to 12,000/month and negotiable. (Depending upon qualification and experience).

Conservation Officer will have to work from the SF’s field office at Moharli near Tadoba Andhari Tiger Reserve and handle community conservation works in the villages situated in the buffer villages of TATR. CO will be responsible for executing the wildlife conservation and community based conservation programmes.

The candidate should have the motor-cycle driving licence and experience of field work in forest areas. The duration of the assignment is one year, with a provision for a further two years’ extension. The honorarium of Rs.8000/month (depends upon qualification and field experience).

Please send your CVs and applications at satpuda@gmail.com as early as possible.
Posted by Rajashree Khalap at 10:23 AM No comments:

Email ThisBlogThis!Share to TwitterShare to FacebookShare to Pinterest
Labels: programmes and initiatives

The Landscape Monitoring Unit (LMU) was busy during the quarter conducting rapid assessments of projects which can prove detrimental to the Satpuda landscape and specially the wildlife corridors connecting the tiger reserves in Satpuda.

The LMU visited the following sites and documented the threats to the tiger landscape in central India. Later LMU did advocacy to arrest the destruction with the help of partners and individuals within and outside Government.

1. Survey conducted of airstrip coming up just 12 km away from Pench buffer

The Public Works Department (PWD) in Seoni district is engaged in construction of the site near Suktara village in Seoni district. The project would be detrimental to wildlife of Pench. The LMU has done an assessment and gathered the relevant documents of the project. 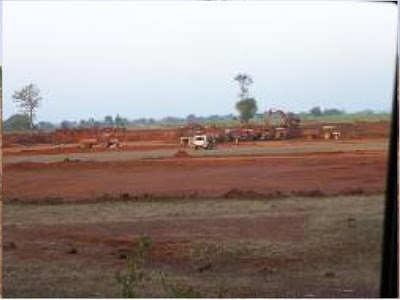 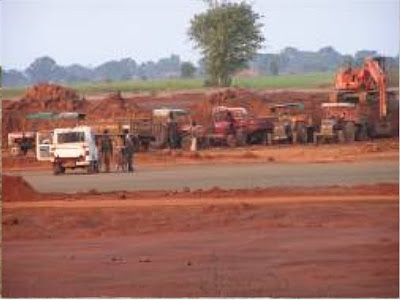 Above: The airstrip at Suktara near Pench Tiger Reserve

The project is hardly 12 kms from the Karmazari gate of Pench. Earlier, the airstrip was proposed near Kanha Tiger Reserve in Mandla district. However, apprehending opposition, the project proponent decided to construct it near Pench. Over 100,000 tourists, including 10,000 foreigners, visit these parks from October 1 to June 30. The facility has been created for these tourists.

Tenders to construct the airstrip in Suktara were floated on July 5, 2008. As the project was to be constructed on private land outside the core and buffer areas of Pench Tiger Reserve, it was unnoticed by the Pench TR administration.

However the project is located around 12 kms from Karmazari gate and 6 km from the buffer and small planes and mid-size passenger liners would be landing here.

The agency has not done any Environment Impact Assessment (EIA) before commencing the work as the land was not part of the buffer or core zone.

Having Nagpur’s Sonegaon airport close to the reserve forest, passengers have miraculously escaped with their lives several times, with planes hitting deer or wild boar. Here the airstrip is very close to the Tiger Reserve. Pench is special in being home to vultures and has provided a breeding ground for this highly-endangered species. Hits will not only kill animals but birds too.

The team found that the hoteliers who have set up luxury resorts at Pench are behind the project, eyeing foreign visitors. The LMU took up the matter with Ministry of Environment and Forests (MoEF).

2. LMU studied the impact of canal network on tiger corridor


LMU also studied a canal network being constructed by the irrigation department in the tiger corridors between Pench and adjoining tiger corridors, which is proving to be detrimental for wildlife in central India.

The network has fragmented the continuity of wildlife corridors. The LMU has written a letter to the Union Minister of Environment and Forests and pointed out its impact on the tiger corridor in central India, suggesting mitigation measures to be taken for saving the wild animals and specially tigers. 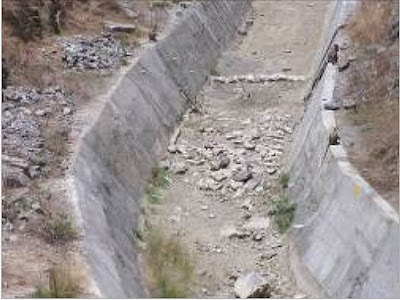 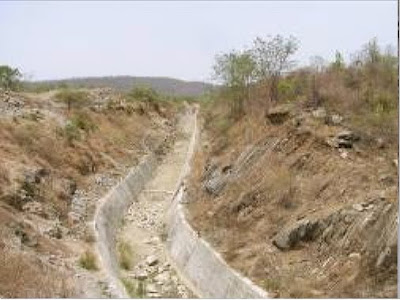 Above: Canal network creating barrier in safe dispersal and movements of animals in the tiger corridor

3. Kishor Rithe on panel to assess the impact of proposed thermal power project on Nagzira tigers

The Government of India and the State appointed SF founder and president Kishor Rithe and four others to provide opinions on the probable impacts of the proposed thermal power project near Nagzira WLS. The issue was raised by NGOs objecting to the power project so close to Nagzira WLS, which is also a proposed Tiger Reserve.

The 3 units have been proposed at Tiroda at 163.84 hectare forest land which is proposed to be diverted for Adani Power Maharashtra Limited (APML) for its power plant.

National Tiger Conservation Authority of the Ministry of Environment and Forests (MoEF), had already expressed concern over diversion of the forest land as it forms the corridor between Pench Tiger Reserve near Nagpur and Nagzira Wildlife Sanctuary near Gondia.

Kishor Rithe was asked to represent NTCA. On the direction of Additional Director General of Forests (forest conservation), the Chief Wildlife Warden of Maharashtra constituted a committee under his chairmanship.

The mandate of the committee was to study likely impact on the wildlife of Nagzira WLS and also the corridor between Pench Tiger Reserve - Nagzira Wildlife Sanctuary to Tadoba-Andhari Tiger Reserve (TATR). The panel visited the site and submitted its report to the Government of India.