On October 27, Bandu organized an anti-plastic programme at Katwal in which 16 villagers, 4 teachers and 26 students participated. Bandu explained the harmful effects of plastic on the environment and the need to keep plastic litter and waste buried so that they aren’t blown away into jungle areas. The children first cleared the main road of the village of plastic litter and waste and later cleared the school premises. Photos below. 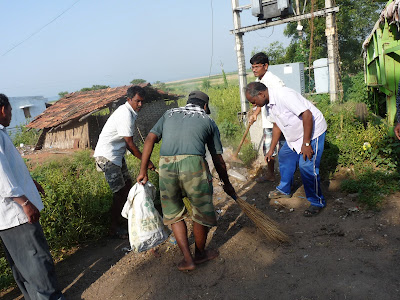 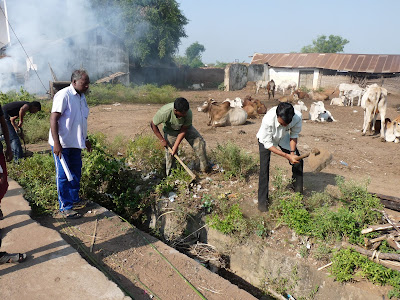 On October 16, Bandu organized a programme at Sitarampeth to clear the area around a well. Water had spilled over while people drew from the well. This had stagnated, leading to proliferation of mosquitoes and insects. Our team cleared the area, removing scum and organic growth and dug a canal to drain away the water. 3 youths from the village joined Bandu in the programme.

On October 20. Bandu organized a programme to clean and de-silt a water tank next to a hand pump at Kondegaon. The tank, which received spillover water from the hand pump, had become clogged with mud and organic waste. 3 youths joined Bandu in the programme. As the hand pump is on the outskirts of the village, the water tank is used by domestic cattle in the day. Photos below. 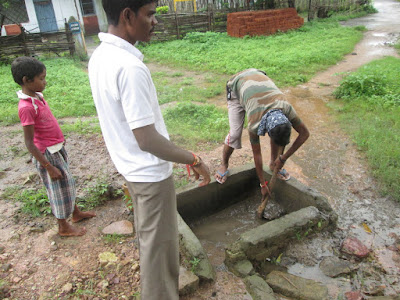 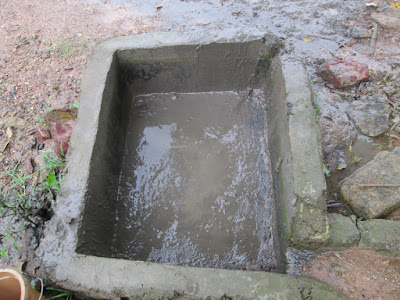 During October, Bandu made 10 classroom visits to speak to students of village schools on various aspects of nature and wildlife conservation. 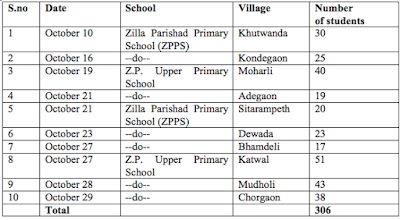 During the month, Bandu organized a nature game for Zilla Parishad Primary School students of Kutwanda during which he spoke to the students about nature and wildlife and the need for conservation.

There were 7 film shows on nature and wildlife conservation in October.

There were 6 health camps in October. 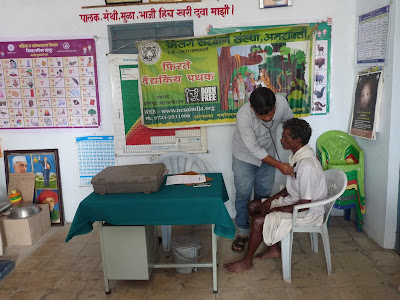 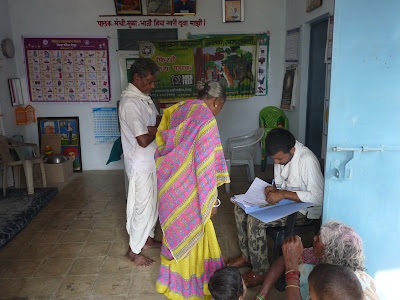 Posted by Rajashree Khalap at 2:06 AM No comments: 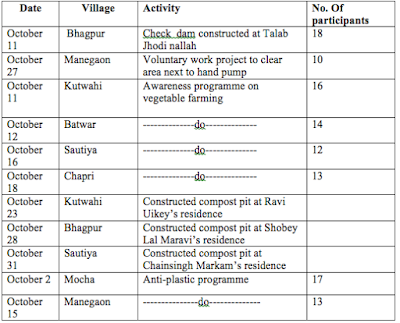 As part of our water conservation work, we organized a programme to build a check dam on October 11 near Bhagpur. Amit Awasthi and Sampath led a team consisting of 14 members of Aarti and Sithala women’s Self-Help Groups (SHG) and 4 youths from the village. The dam was built on a stream around 1.5 km in the jungle from the village. The resultant water body benefits both domestic and wild animals. Livestock from the village use the water body in the day while wild animals use it at night. Nilgai, gaur, spotted deer and sambar are regularly spotted in the area. Photos below. 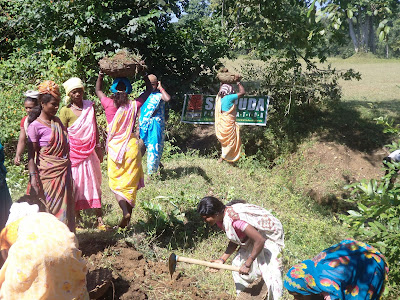 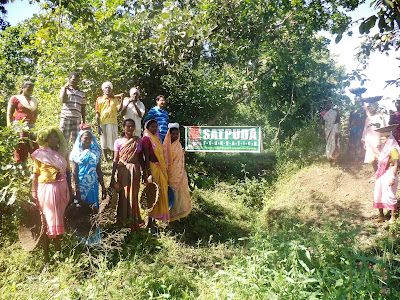 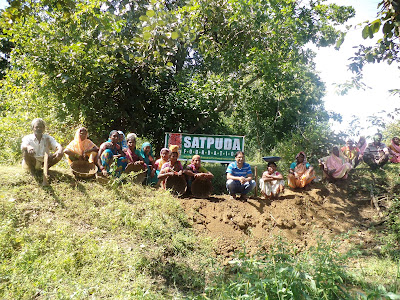 On October 11, Amit and Sampath led a team of 10 people in a programme to clear wild growth around a hand pump at Manegaon. Due to heavy rains, wild growth had proliferated around the hand pump and access to the hand pump was affected. Our team, which comprised 5 youths and 5 women from the village, removed the wild growth and cleaned the area. Photos below. 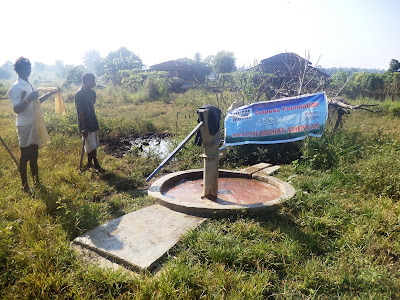 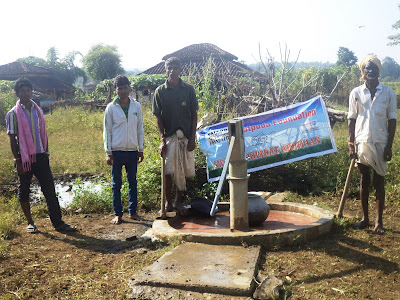 Our team encourages organic farming as part of our strategy to reduce the impact of chemical fertilizers on fields adjoining prime wildlife areas. Part of our work includes assistance to villagers in setting up vermi-compost tanks and compost pits. During October, we helped 3 villagers dig compost pits – Ravi Uikey of Kutwahi on October 23, Shobey Lal Maravi of Bhagpur on October 28 and Chainsingh  Markam of Sautiya on October 31.

On October 2, our team organized an anti-plastic programme at Mocha. Amit and Sampath spoke to the villagers about the harmful impact of plastic/polythene on the environment and motivated them to remove such litter from the village. The team of villagers and students went around the village, collecting plastic and polythene litter/waste, which were then buried in a pit on the outskirts of the village. A similar anti-plastic programme was organized at Manegaon on October 15.

During the month our team organized environment education programmes in 12 schools in the villages in our area of operations. 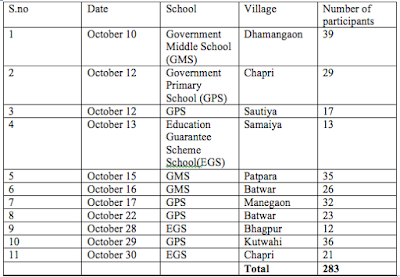 There were 8 film shows on nature and wildlife conservation in October.

We helped 3 youths get jobs during the month of October. 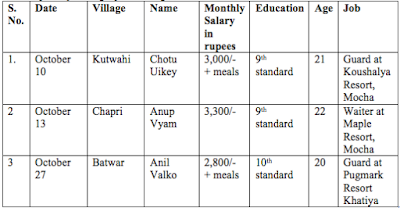 As part of our programme to help villagers find alternative livelihood options which will reduce their dependence on forests, we have been encouraging villagers around Kanha to take up vegetable farming. Due to the presence of several resorts around Mocha and a steady flow of tourists, there is a good demand for fresh vegetables. Over the past 3 years, we have assisted around 15 villagers in taking up vegetable farming and they are earning around 500-1,000 rupees a week in additional income. The vegetable patches are typically of small size and located in the backyards of the residences. Some villagers have now got enough confidence to expand and are planning to use part of their farm land for this activity. To encourage more villagers to take up this activity, we conducted four awareness programmes in October at Kutwahi, Batwar, Chapri and Sautiya.

Posted by Rajashree Khalap at 12:45 AM No comments: